When an artist made drawings of my photos

This article is © John Walmsley 2021.  All rights reserved.

Artists have always 'paid homage to' or 'taken inspiration from' earlier work. But at what point does this become copying - rather than being a springboard for genuinely new work? In the UK, the courts use a rule of thumb that, if you lay the original and newer versions side by side and a layperson could see a connection, then there is likely to be an offence under the Copyright Act.

An artist made graphite-pencil-on-paper versions of four of the photos, from my book 'Neill & Summerhill', about the famous democratic school in Suffolk. 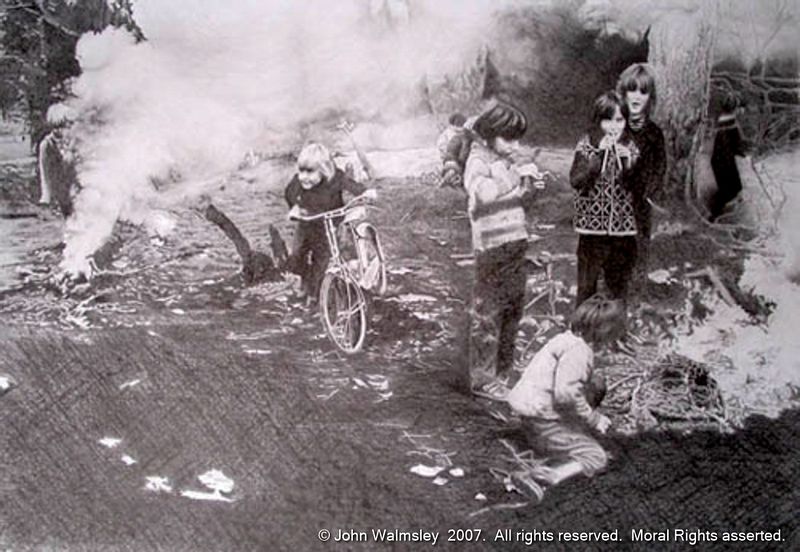 The one above was bought by the Whitney Museum, New York, which displayed it on their website but with credit going only to the artist, no mention of my original photo or book.

So, I contacted the Whitney and they added a line: 'This drawing is a precise hand copy of a black-and-white photograph by the British photojournalist John Walmsley... who in 1968 published a book of photographs of the Summerhill School.' 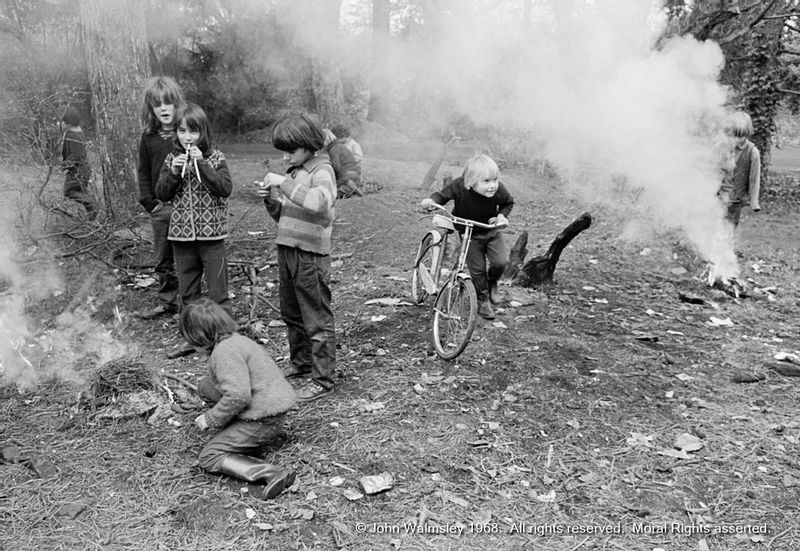 So far, so good. But, as copyright exists only in original works but not in copies, I reckoned the artist could not own any copyright in these drawings - I did. The Museum would credit me as the copyright holder only if the artist signed a document agreeing it, or if there were a court ruling to that effect.

The NUJ gave me a great deal of help with this situation and even paid for a specialist barrister's opinion which, broadly speaking, was that I had a very strong case under several headings.

Happily, before I sent the papers to begin legal action, the artist signed the necessary document confirming that I had always been the copyright owner of her drawings of my photos. I had not claimed any money because this was more a matter of principle, but she did voluntarily make a generous donation to Summerhill School, for which I and the school are very grateful.  So, an amicable resolution.

The drawing can be seen on the Whitney's website here, which now credits her as the author and me as the © owner.

View several articles Henry Lydiate on the ArtLaw website to understand more about artists and the law.

In the process of defending my copyright I have learned much about this aspect of the law. For example: Jeff Koons found to his cost that there is no new copyright in a copy. He instructed his artisans to make sculptures based on two photographs. He was sued in France and the US, among other places, and in both these cases the courts found he had infringed the photographers' copyright.

In France, ArtForum reported: 'A Paris appeals court has upheld a 2017 ruling which found Jeff Koons guilty of plagiarism. It determined that Naked, a sculpture Koons created in 1988 for his 'Banality' series, copied a photograph of two naked children - a little boy and a girl holding flowers - titled Enfants, by the late French photographer Jean-François Bauret. The image was also published as a postcard in 1975.'

In the US, as US law firm Owen, Wickersham & Erickson reports: 'In Rogers v. Koons, the court had no trouble holding that Mr. Rogers' photograph qualified as copyrighted subject matter. Indeed, since 1884 courts have consistently held that photographs are copyrightable forms of artistic expression. Photographs reflect artistic choices of the photographer, including posing, lighting, perspective, and composition. In my experience, many visual artists are not clear on this. They think photographs are available for anyone to copy. This is not the law, however, and as this case demonstrates, it can be very risky to copy a photograph without permission.'

I was surprised to learn that it's quite common for artists to copy someone else's work and feel this is OK. Where's the respect for fellow artists? Is there no thought that the creator of the original had put in much time, effort, skill, creativity and costs - and just might like to be asked and paid before agreeing to have their work copied?  What is so difficult about asking?

That said, some artists do ask and are happy to pay photographers appropriate fees. That seems sensible to me and allows both to benefit.